OBJECTIVE: To evaluate the cord leptin levels of newborns in relation to birthweight and Gestational Diabetes (GD) either regulated by insulin or diet.
STUDY DESIGN: A total of 62 patients were included in the study. Patients with impaired oral glucose tolerance test were included with diagnosis of GD (n=41). Control group consisted of women with normal plasma glucose level and 50-gr oral glucose challenge test (n=21). Twenty six of women with GD had blood glucose control by diet, while 15 required insulin. The blood samples were taken from the umblical cord of the newborns of GD and the control group for leptin levels.
RESULTS: Birthweight of babies born to healthy mothers, mothers with GD regulated by diet and insulin were 3197.14±348.2 gr, 3496.11±734.9 gr and 3642.86±843.8 gr, respectively (p=0.05). Percentages of macrosomic babies were 4.8%, 11.5% and 33.3% in healthy women, women with GD regulated by diet and insulin, respectively (p<0.05). ). Cord blood leptin levels were higher in women with GD requiring insulin
(6.1 ng/ml, range: 0.48-28.5) compared to women with GD regulated by diet (2.7 ng/ml, range: 0.5-54.7) and healthy mothers (2.0 ng/ml, range: 0.2-6.4, p<0.05). Cord blood leptin level was positively correlated with BMI (r:0.44, p<0.01), weight of mother (r:0.43, p<0.01), birthweight (r:0.37, p<0.05), and presence of GD and necessity of insulin (r:0.41, p<0.01).Cord blood leptin level was the only factor defining maternal GD requiring insulin in ROC analysis (AUC:0.77, p<0.01). Cord blood leptin level equal to or higher than 4.1 ng/ml had a sensitivity of 80% and specificity of 79% in defining GD with insulin requirement (positive likelihood ratio:3.68)
CONCLUSION: In this study there is a minimal clinical effect of cord blood leptin on macrosomia in women with GD, although it is increased in GD and associated with birthweight. Therefore overgrowth may be a result of direct anabolic effect of insulin, rather than indirect effect via leptin. 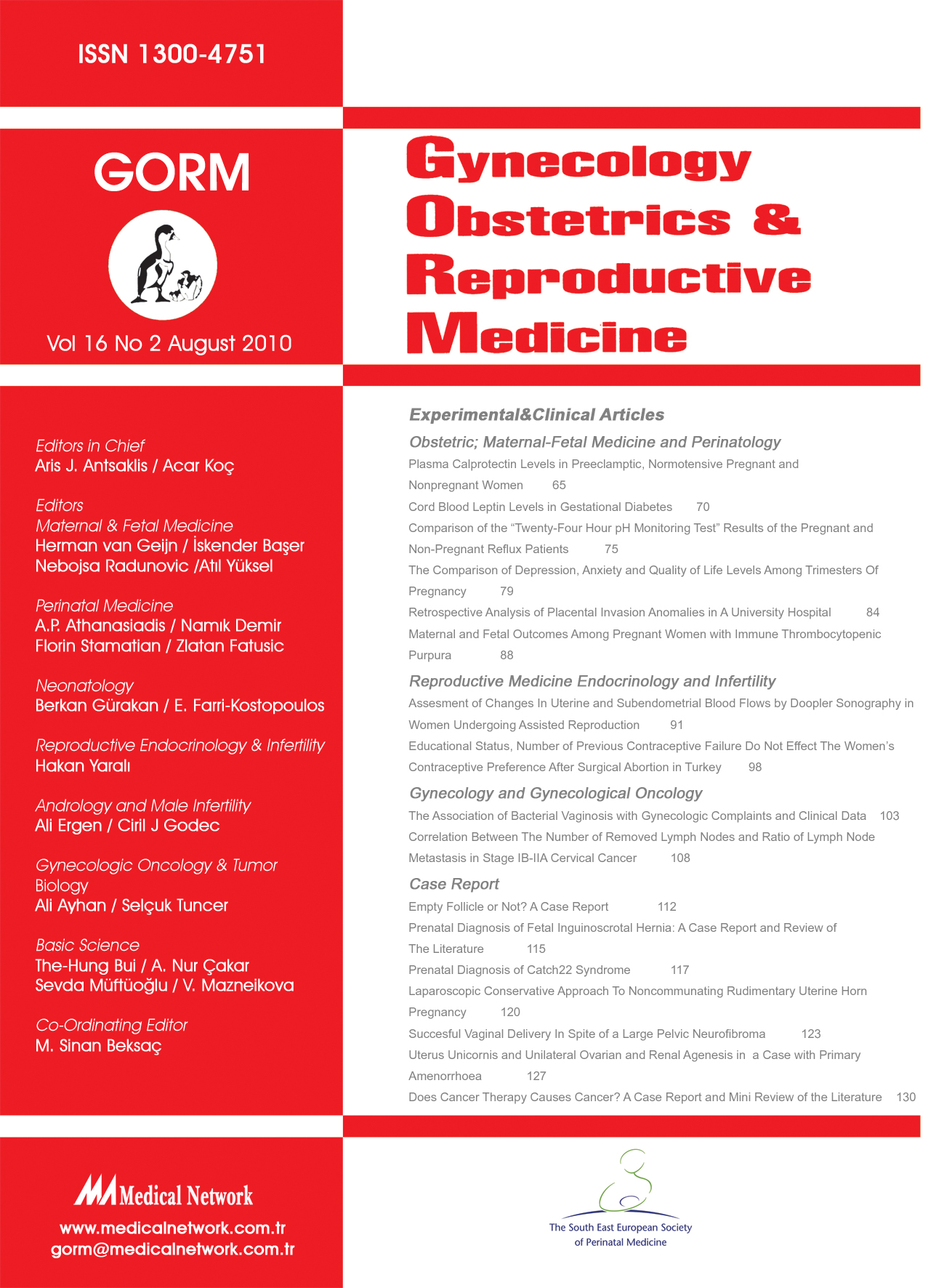 All the articles published in GORM are licensed with "Creative Commons Attribution 4.0 License (CC BY 4.0)". This license entitles all parties to copy, share and redistribute all the articles, data sets, figures and supplementary files published in this journal in data mining, search engines, web sites, blogs and other digital platforms under the condition of providing references.

Most read articles by the same author(s) 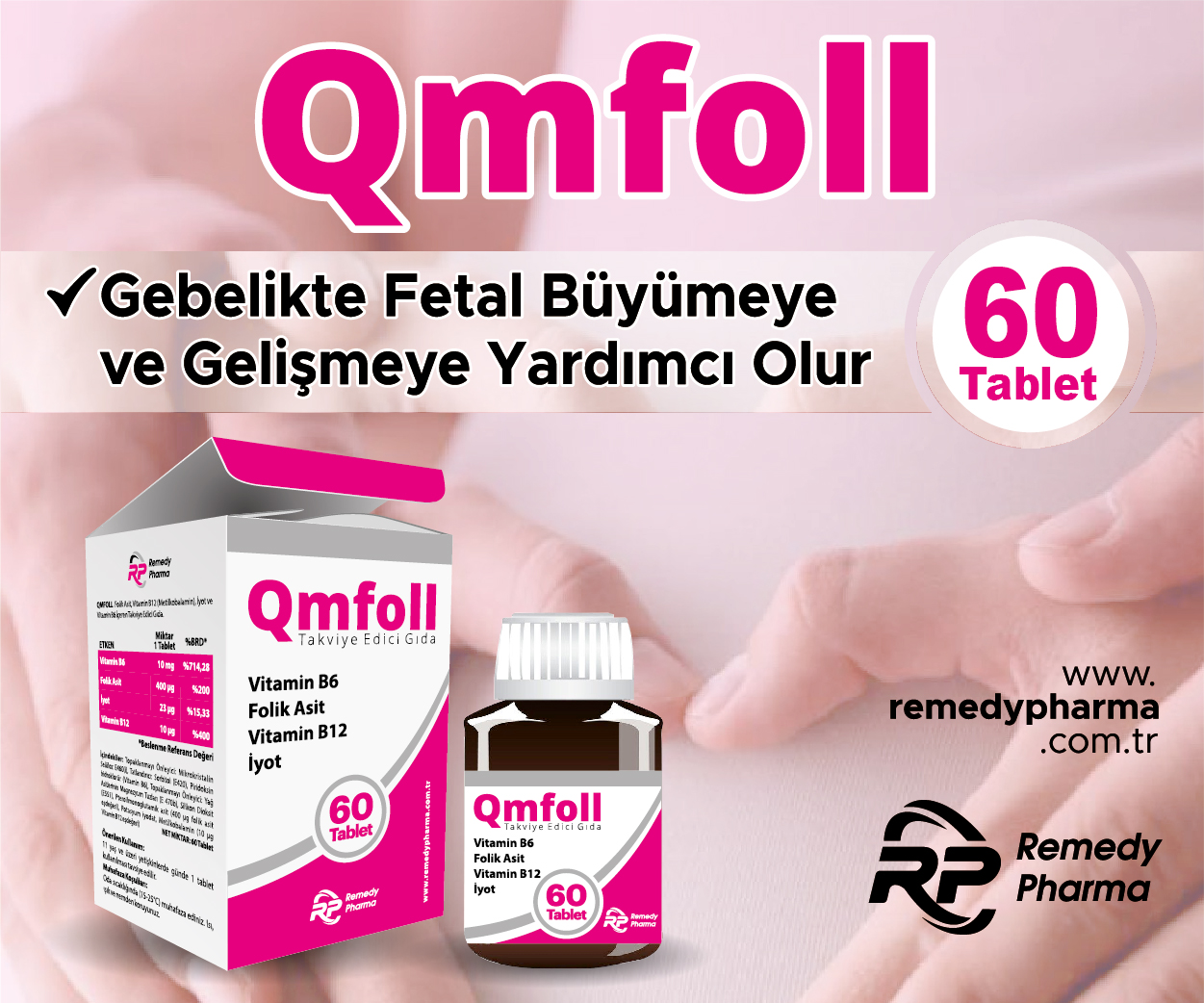 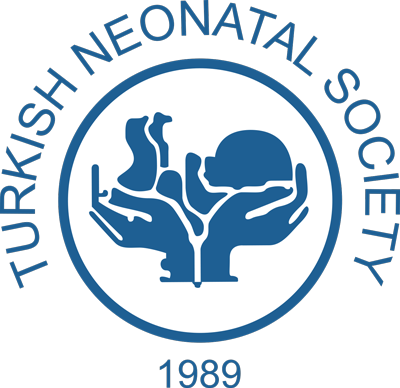 INDEXING AND ABSTRACTING IN